New Delhi, Jan 5 (IANS): Following sexual harassment allegations in November 2018 and an indefinite period of leave, Sotheby’s Managing Director for India Gaurav Bhatia has stepped down from the post, an official statement said on Saturday. 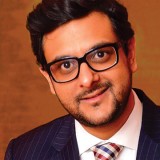 Confirming the news, Bhatia in a statement said he has decided to move on from Sotheby’s and wished the company luck for their future endeavours.

“After two enriching years and the stellar opportunity to launch Sotheby’s inaugural auction in Mumbai, I have decided to move on. It has been a pleasure working with the great team we have built, and I will enjoy watching them continue to build Sotheby’s future in India. I wish them the very best,” he said.

Thanking and appreciating Bhatia, the auction house in a statement said: “Sotheby’s Managing Director of India, Gaurav Bhatia, resigned on December 20, 2018, after two years with the company, during which time he launched the inaugural Mumbai auction. We appreciate and thank him for his service.”

According to complaints posted on Instagram in November 2018, Bhatia touched the victims inappropriately and forcibly tried to kiss them.

Following the complaints, Bhatia went on an indefinite leave from his position ahead of the auction house’s inaugural sale in Mumbai.