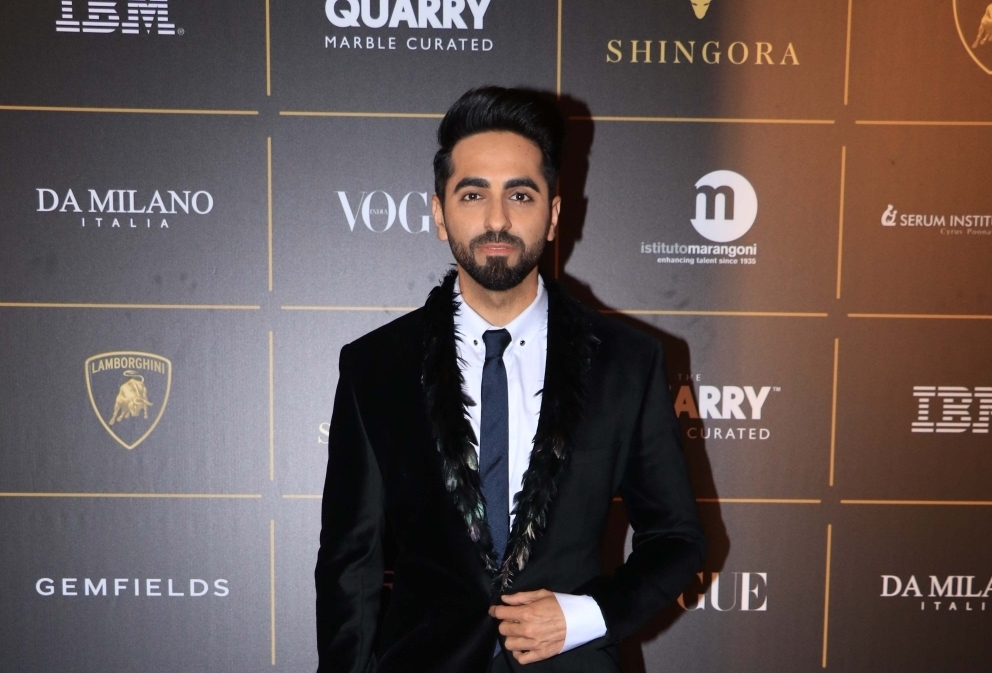 Was confident of my film choices: Ayushmann Khurrana

New Delhi, Jan 9 (IANS): He is glad to be a part of an era when talent is recognised — a fact validated with his consecutive hits in the year gone by. Actor Ayushmann Khurrana says his journey in Bollywood in the last six years has been a great learning curve in which he has gone from being cautious to being confident about his movie choices.

Asked if after successful films like “Badhaai Ho” and “AndhaDhun”, has he become too cautious with his film choices, Ayushmann told IANS in an email: “I have always been cautious. Initially I use to do one film a year, but now I am doing at least two.”

His future projects include “Dream Girl” and “Bala”.

With back-to-back hits, does he see himself as tough competition for all the A-listers in Bollywood?

“These are the terms used by the media and I really don’t know. All you need to focus on is your craft and how you act; and, of course, script selection, which is a primary reason for anybody’s success because in today’s day and age, everyone is talented irrespective of fields.

“It’s the age of talent and it will get recognition. I am glad I am born in this era, but, at the same time, my success will totally depend on the choices I make. I am glad that my choices are working and there is a certain validation I have got in the past two years,” Ayushmann told IANS.

As an actor, Ayushmann had caught attention with his debut film “Vicky Donor”. He also impressed the audience with his performances in “Dum Laga Ke Haisha”, “Bareilly Ki Barfi” and “Shubh Mangal Savdhan”.

However, some of his films didn’t live up to expectation.

He says that despite the kind of sacrifices he has had to make in his personal life, it has been a roller-coaster ride.

“(I had my) sacrifices in terms of personal life, because you hardly get time for your family. It has been a roller-coaster ride for me in the past six years because I have seen everything — from a first superhit in ‘Vicky Donor’, initial hiccups after my first hit, but it was a great learning curve…you learn from your mistakes. I think it’s a great journey and it’s still going on,” Ayushmann said.

The actor was talking on the sidelines of the announcement of “Tape Cast”, a content series presented by Grey Goose. It manifests the brand’s philosophy of celebrating life through moments big and small that define the journey of life. Curated in collaboration with Anupama Chopra, the web series unravels the working of two great minds through an off-script conversation.

Each episode opens on a philosophical inquiry, from money to love, to life — questions that trouble everyone.

About the questions that make the actor think and how the film industry and actors like him can contribute in bringing about change, Ayushmann said the primary focus and goal of an actor and an artiste is to entertain, but if there is any value creation or value addition which comes through the craft, it’s an add-on.

“We, as actors, have a certain social responsibility being in the public eye, and we have that in the back of the head. But the primary goal is to entertain people because… Fortunately, the kind of movies I have been doing have a certain message, they break taboos and they are socially relevant. So it’s a great mix of content and entertainment,” Ayushmann explained.

As an artiste, he believes “the more you know about your country, your people, you invest better in your craft”.

“Even this time, when I interacted with Zoya Akhtar (for the web series), I got to know a different perspective of her altogether. She makes films from a different strata of the society. We hardly see directors penetrating to different strata. They stick to a certain genre which is not what Zoya does, which is so amazing about her. For me, it was a good learning experience.”